Covid-19 Emergency
In accordance with public health requirements and Grand Lodge of Ireland instructions to all Irish lodges
Bangor Union 746 is CLOSED during this crisis.
Any Brother needing assistance should contact the Lodge Almoner or Lodge Secretary

Our next Stated Communication is: Lodge 746 is currently CLOSED 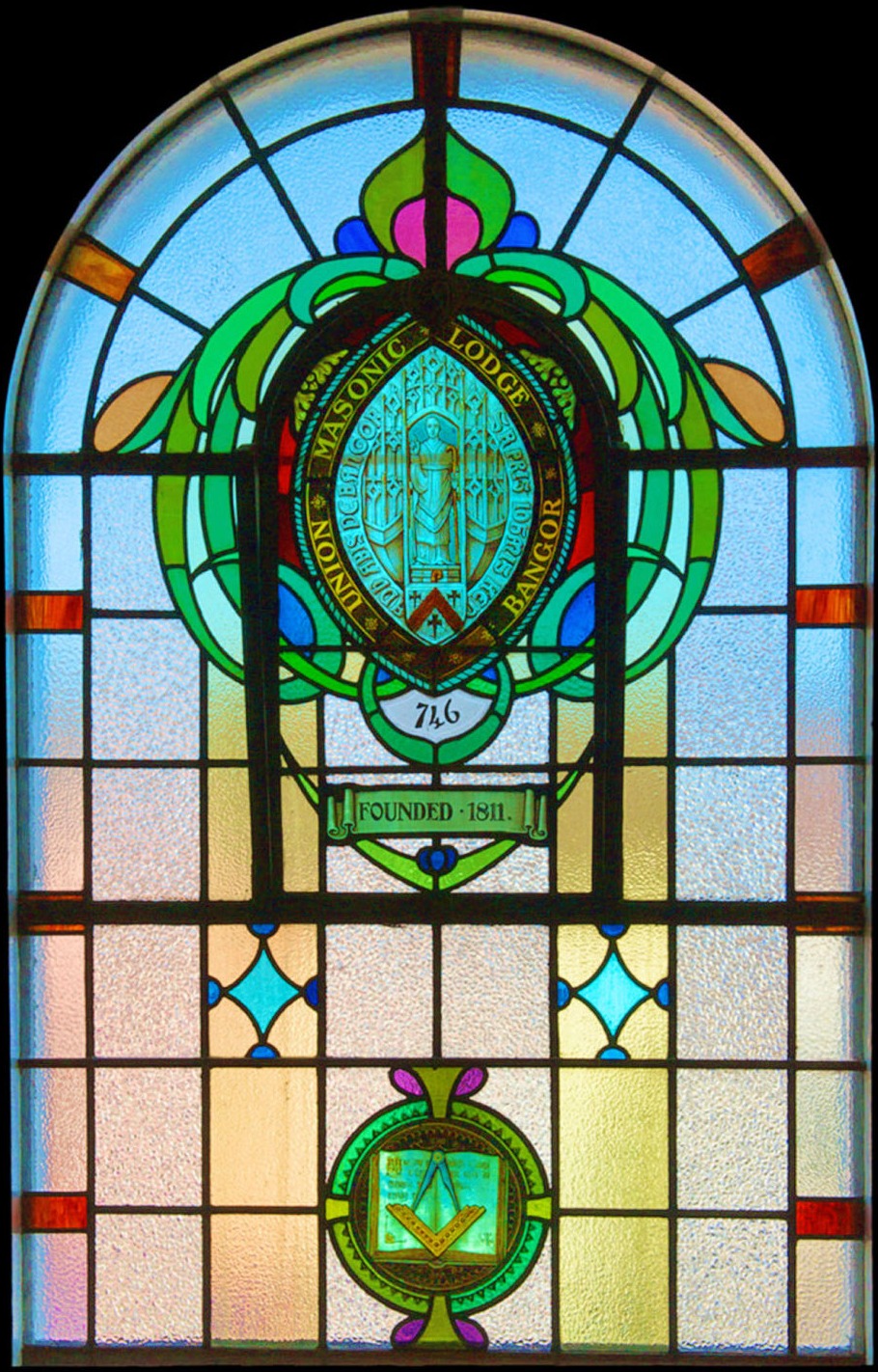 Bangor Union 746 is constituted under the Grand Lodge of Ireland and meets in the Masonic Hall, Hamilton Road in Bangor, County Down, Northern Ireland. We are the oldest Lodge in the Bangor district having celebrated our bicentenary in 2011.

Visiting Brethren are always warmly welcome. If you are a Freemason, from wherever in the world, and wish to attend one of our meetings, please contact us.

Stated Communications are on the 2nd Wednesday of each month from September to May at 7:45pm except January which tyles at 6:30pm for our Installation of Officers.

Evidence of Masonic activity in the Bangor area dates back to 1626 and appears as symbols on the grave slab of William Stennors, stonemason, located just within the doorway of Bangor Abbey. It is engraved on it's edge “Heir lyeth William Stennors Stonemason deceased 27 March 1626 and his wife Efon Watson” and with the Maul, Square and Compasses in it's centre.

Stennors worked on the church building and is also credited with building the Watch Tower on Quay Street which became the first meeting place of the Lodge. The old Watch Tower is now the Visitor Information Centre and it appears on our Past Master Jewel.

A formal Lodge in Bangor dates back to 1806. Initially constituted by Lodge 447 Newtownards & Lodge 675 Donaghadee It operated irregularly at first. The front page of the first Account Book states “Warrant 746 was issued to Moses Jameson, John Whitty and George Lunn to hold a Lodge in Bangor, County Down on 9th November 1811, in lieu of Seton warrant”.

In 1881 land to build a Masonic Hall on Hamilton Road was acquired from Mr R E Ward. After being in abeyance from 1860 the Warrant was restored in 1887 and the Lodge re-opened on 27th May in the Market House, Bangor. Lodge 746 soon became one of the largest in the north of Ireland.

The laying of the foundation stone was reported in the Belfast Newsletter on 5th August 1882 - “The people of Bangor and an immense concourse of visitors witnessed today what may be described as the most imposing demonstration ever witnessed in this ancient seaside town……. about 6000 persons poured into the town.........”

The Dedication of the Hall was held on 25th August 1883. The Belfast Newsletter & the Northern Whig reported at the time: “The town was crowded at four o’clock and all wended their way towards the demesne of Mr R E Ward DL ..... " After the ceremony and a luncheon with toasts in Castle grounds, the band played ‘God Bless the Prince of Wales’. In 1894 Bangor Masonic Lodge 746 adopted the word “Union” into its title. 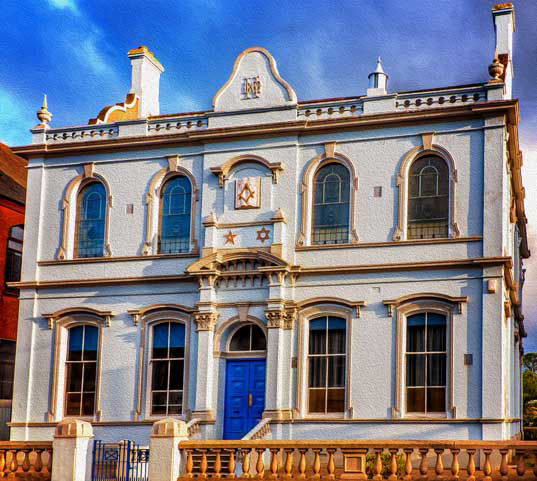 Bangor Masonic Hall is prominent in Bangor.
It is on Hamilton Road, near the junction
with Main Street in the town centre.

You can email our Lodge Secretary at: 746secretary@gmail.com

Lodge news will be published here when content is available

Freemasonry is possibly the world's oldest secular fraternal society, one concerned with moral and spiritual values taught by a series of ritual dramas known as allegories. We believe that each man can make a difference in the world by improving himself and taking an active role in his community. It is a charitable, benevolent, educational and universal fraternity. Our well known symbol declares our ideals; the compass describes a circle, a symbol of virtue  while the square is an emblem of morality.

Membership is open to all men of integrity and goodwill, irrespective of colour, creed or perceived social background. A custom of Freemasonry is not to solicit members, but any man may request information about joining.

Freemasonry is not a religion, nor a substitute for religion. The one essential qualification means that Freemasonry is open to men of many religions and systems of beliefs and it encourages them to continue to follow their own beliefs.

Our three great principles are:

Brotherly Love: A Freemason will show tolerance and respect for the opinions of others and behave with kindness and understanding.

Relief: Freemasons are taught to practise charity and to care not only for their own but also for the community as a whole, by both charitable giving and by voluntary efforts as individuals.

Truth: Freemasons strive for truth, requiring high moral standards and aiming to achieve them in their own lives. Freemasons believe that these principles represent a way of achieving higher standards in life.

To find out more about Freemasonry, visit the Grand Lodge of Ireland

To enquire about becoming a Freemason, contact our Lodge Secretary